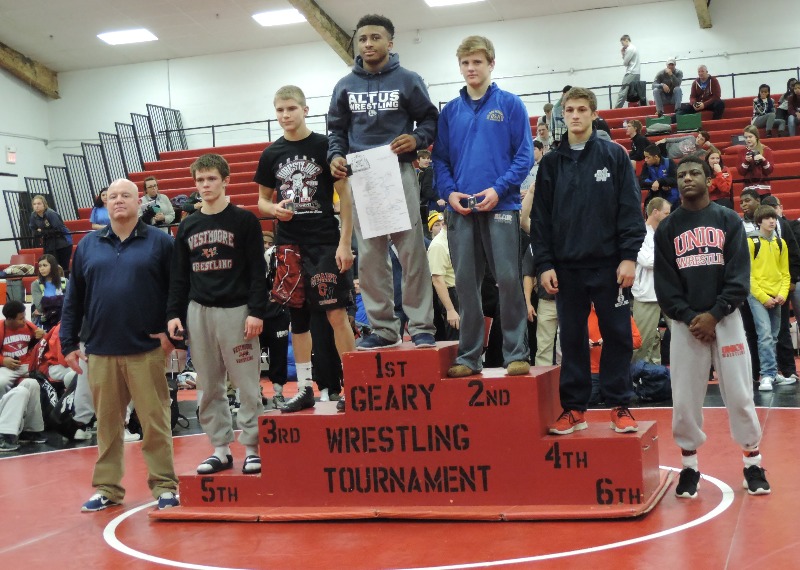 Geary sophomore Ethan Allen placed third in the 120 weight category at the tournament.  The Geary/Watonga team placed 15th overall among the field of 24 teams. Over 250 wrestlers from across the state, as well as high schools in Texas, New Mexico and New Jersey competed in the 71st Geary Tournament, the longest running invitational high school tournament in the nation.  GHS wrestlers competed against athletes from much larger schools, including Class 5A and Class 6A high schools.